37 Airplane Disasters: The Worst & Deadliest in US History

This blog earns money via affiliate marketing – meaning that I may earn a commission when you purchase a product or service after clicking a link on this site (at no additional cost to you). As an Amazon affiliate, I earn from qualifying purchases.

While many of these crashes happened in the early years of aviation, there have been a surprising number of airline disasters since the new millennium. Most of these 37 worst plane crashes were caused not by technology but by humans, some by hijacking, others by human error in operation or maintenance. And there are a couple of planes that should’ve crashed but somehow miraculously didn’t.
These videos are a warning to all of us not to get too lazy and complacent in our leadership. And in other cases, there was amazing heroic leadership displayed. While genuine human error is excusable, hubris often sets in if we don’t guard against it, leading to, in some of these cases, leadership failure with dramatic consequences not just for the leader (pilot) but others (passengers). What a sad, but poignant, a metaphor for leadership at work and in life.
1. American Airlines Flight 11
Most people around the world heard about the September 11th attack that happened in New York City as several planes were hijacked on the same day. Two planes were successfully flown into each of the Twin Towers and another plane into the Pentagon.
​
2. United Airlines Flight 175: South Tower Attack on World Trade Center
3. American Airlines Flight 77: Pentagon Attack on September 11th

Click on any image to see Ratings and Reviews on Amazon

4. United Airlines Flight 93: The Flight That Fought Back on September 11th
The final plane was allegedly headed for the White House but was intentionally crashed by brave passengers into a Pennsylvania field. And fought back they did!

Here is an inspiring book written by Lisa Beamer (wife of hero Todd Beamer who was on that flight and helped divert it). 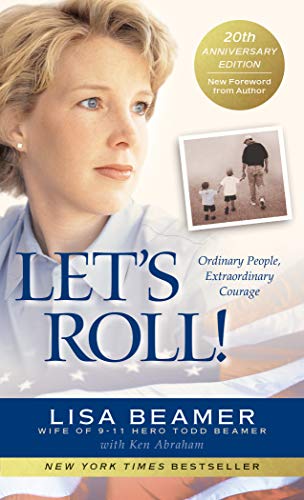 This crash, which could’ve been avoided, is still the deadliest in aviation history due to 538 deaths. There was a dense fog, complicating the situation, but the KLM pilot was to blame for miscommunication in his clearance for takeoff from Air Traffic Control.

6. The Impossible Landing of United Airlines Flight 232
Despite mechanical failure brought on by poor maintenance and quality inspections, the pilot was able to land the plane without mechanical controls. 111 people died and 185 survived. 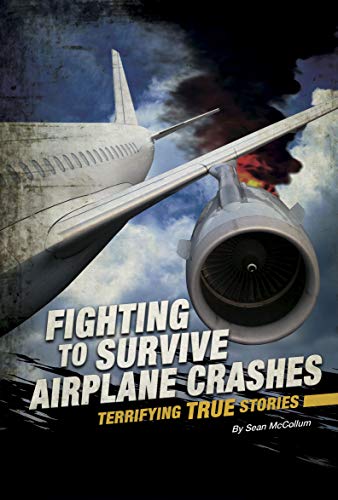 Fighting to Survive Airplane Crashes: Terrifying True Stories
Buy on Amazon
7. Federal Express Flight 705: Fight for Your Life
This airline disaster was a literal fight for the lives of crew and passengers from a hijacking. The captain and crew were somehow able to subdue the hijacker and land the plane despite a determined and violent attack.
8. The Ghost Plane of Helios Airways Flight 522
​
Sadly, this plane crash could’ve been avoided had the maintenance crew not turned the pressurization system to manual instead of auto. But there were multiple warnings the pilots ignored that could’ve avoided the loss of cabin pressure.
9. Alaska Airlines Flight 261: Cutting Corners
Another airline disaster caused by poor maintenance…
​
10. Deadly Silence of a South Dakota Learjet Crash in 1999
This plan crash killed PGA golfer Payne Stewart.
​
11. Delta Airlines Flight 191: The Invisible Killer
The crash of this flight was caused by a decision to fly directly through a thunderstorm.
​ 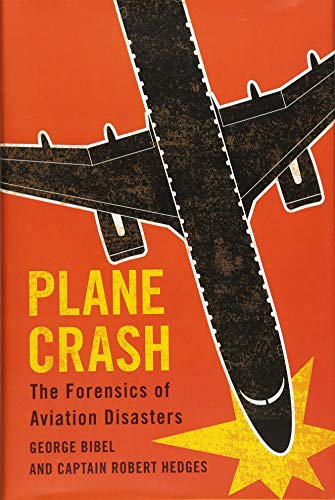 Plane Crash: The Forensics of Aviation Disasters
Buy on Amazon
12. Mid-air Collision Over Los Angeles 1986
A smaller Piper plane did not have proper clearance to be in the airspace of an Aeromexico plane and caused a collision. All lives were lost.
​
13. Philippine Airlines Flight 434: Bomb on Board
Despite a bomb exploding on board, all but one person survived.
​
14. Kara Hultgreen’s F-14 Tomcat Crash: 1994 Death of Revlon
Kara was the first female carrier-based fighter pilot in the U.S. Navy and perished in this airline disaster.
​
15. Catastrophe at O’Hare: American Airlines Flight 191
This plane crash was caused by faulty maintenance.
​
16. Pacific Southwest Airlines Flight 182: Blind Spot
This mid-air collision was determined to be the larger plane’s pilot error of not keeping a visual on the smaller plane.
​ I live for the business results we get for our clients, and love coaching others to level up their digital marketing and leadership skills. Cheers!